Clontarf edged out rivals Cork Constitution in what was a thrilling Ulster Bank League final.

Clontarf made up for last year's final defeat to Lansdowne by prevailing at a sun-splashed Aviva Stadium.

The victory was never going to come easy as they had to fight tooth and nail to get over the line, as Cork Constitution's stirring second half fightback saw them claw the deficit back from 18 points to just 3.

Tension gripped the stadium during the concluding quarter of an hour, but neither side could add to their tally as the North Dubliners held on to grind out a narrow, nail-biting win in front of their dedicated supporters in attendance at the Aviva Stadium.

Well done to Clontarf on their fantastic victory on what was a very succesful season for the club from all at the Joe Duffy Group. 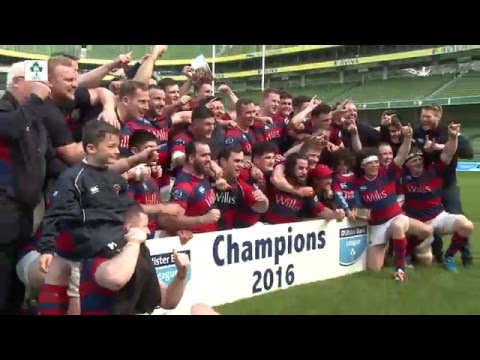