The All New BMW X3 was revealed on Monday 26th June at a press conference in the US and we here at Joe Duffy BMW Dublin are getting very excited about our new arrival expected to hit Irish soil in November 2017.

The new third-generation BMW X3 combines rugged off-road looks with a greater sporting presence. It builds further on its reputation as one of the most dynamically competent and technologically advanced SUVs in its class, whilst retaining its premium image. The new model also brings in a new 2.0-litre petrol engine alongside the familiar diesel offering, plus a new performance flagship, the M40i – the first ever M Performance vehicle in the X3 line-up, emphasizing the class-leading dynamic appeal of the model.

A whole range of Driver Assistance systems also ensure it is one of the most advanced, as well as safest, cars in its class, with multi-platform connectivity that reaches new levels.

The all-new X3 features three-zone automatic climate control as standard. This feature adds separate temperature controls for the rear compartment to those for the driver and front passenger. To further improve comfort in the rear compartment, the angle of the standard 40:20:40 split/folding rear seat backrests can be adjusted individually and through various stages thanks to the optional rear comfort seat.  This feature also allows the backrests to be released remotely from the load compartment, which expands the standard load capacity of 550 litres to 1,600 litres.

Another option is a generously sized panoramic glass roof, while acoustic windscreen glazing contributes to extremely low noise levels in the cabin.  The two front side windows are also available with acoustic glazing as an option, ensuring that even less wind noise makes it into the interior.

The new BMW X3 can be locked and unlocked using the optional BMW Display Key found on the BMW 5 Series and 7 Series. The Display Key offers a series of additional features, keeping the driver informed of fuel levels and any service or maintenance work due, and letting them know that the windows and sunroof are closed. Plus, it can also be used to operate the optional auxiliary heating.

As far as the chassis technology is concerned, the third generation X3 maintains its winning formula of a double-joint spring strut axle at the front and a five-link rear axle.

At the same time, it delivers an even sportier driving experience than its predecessor without compromising on ride comfort. BMW’s engineers have made a considerable reduction in unsprung mass, fitting aluminium swivel bearings and lighter tubular anti-roll bars.

To further improve dynamics, the rear bias of BMW’s xDrive all-wheel-drive system is increased. Intelligent AWD management allows adjustments to be made as the driving situation demands, while still maintaining maximum traction.

The BMW X3 is a capable off-road vehicle for its intended audience. The approach angle (25.7°) and departure angle (22.6°), together with a breakover angle of 19.4°, create plenty of margin for negotiating steep sections or crests. And with a fording depth of 500 millimetres, the X3 can tackle most obstacles with ease as well.

From launch, the X3 model line-up consists of the xDrive20d with four-cylinder diesel engine, the xDrive30d with a straight-six diesel unit.

These will soon be followed by the xDrive20i engine variant, and the range-topping petrol model, the BMW X3 M40i. All stem from the latest generation of BMW engines and operate even more efficiently than the models they replace. Further improvements have also been made to the eight-speed Steptronic transmission and the BMW xDrive intelligent all- wheel-drive system to add efficiency.

The range-topping M40i is the first ever M Performance X3 model. It is powered by a new M Performance 3.0-litre six-cylinder engine, which generates 360hp, an increase of 54hp (18 per cent) over the most powerful petrol variant in the current range. Peak torque of 500 Nm is 100 Nm – or 25 per cent – greater. It can sprint from zero to 100kph in 4.8 seconds and hit a top speed of 250kph.

All the engine variants are equipped with an eight-speed Steptronic transmission, matched to the power unit’s specific performance characteristics. 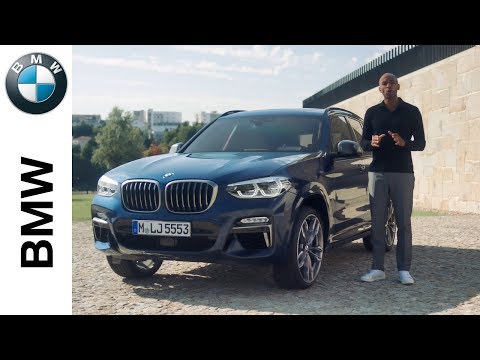 To find out more about the All New BMW X3 contact our sales team on 01-864-7783 or follow us @JoeDuffyBMW via our social pages to be one of the first to know all our latest news, offers and model launches.