One of the most highly anticipated new models of 2016 is nearly here, with Audi finally giving us a first glimpse of the new Q2 earlier this month at the Geneva Motor Show.

As the model number suggests – The Q2 is set to be Audi’s entry level crossover. However, so far, it looks as though the Q2 is set to be a lot more than that. This car maintains all of Audi’s sophistication but manages to add an extra layer of fun.

The Q2 will be available with a choice of five engine variations. The entry level 1.0-litre three-cylinder TFSI, two types of four-cylinder petrol engines will be on offer - a 1.4 & 2.0 litre. On top of this, two four-cylinder diesel options in 1.6 & 2.0 litres of displacement.

In addition to the six-speed-manual transmission there also promises to be an S-tronic dual clutch transmission with seven speeds available for all engine variants. The 150PS TDI engine can be paired with quattro permanent all-wheel drive which is standard in conjunction with the 2.0 TFSI engine.

Installed on the front-wheel drive versions is a semi-independent suspension, while the quattro models will have a four-link suspension. All versions have progressive steering as standard. This varies the steering to gear ratio as a function of the steering input, the ratio is made more tactile with larger steering movements.

We expect to have the New Q2 in both Audi North Dublin and Audi Limerick for test driving in Autumn 2016. The car will be available to order around July. Pricing and all further information will be available soon. 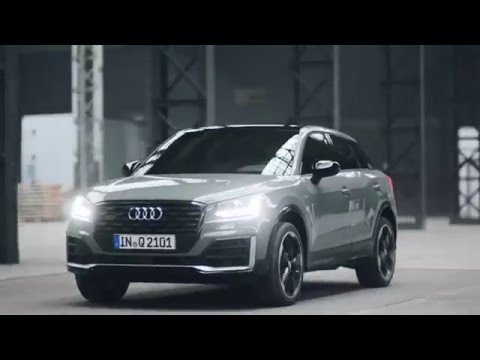